The Run for the Roses Winner's Garland 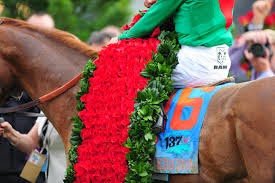 The rose became the official flower of the Kentucky Derby in 1904.

In 1925, it was dubbed the "Run for the Roses" by Bill Corum, a New York sports columnist and later the president of Churchill Downs.

Each year, the public is invited to watch the red rose garland being constructed by Kroger Company at one of its stores on the eve of the Derby.

The winner's garland is made up of 400 red roses, green ferns, ribbons and a crown of roses with a single rose pointing upward to symbolize the heart necessary to reach the winner's circle.

On one end of the garland is the Seal of the Commonwealth and on the other end is the twin spires of Churchill Downs and the number of the running.

Talk Derby to Me! Red cabbage roses invitations and more for Kentucky Derby parties to watch the race or Derby themed bridal... 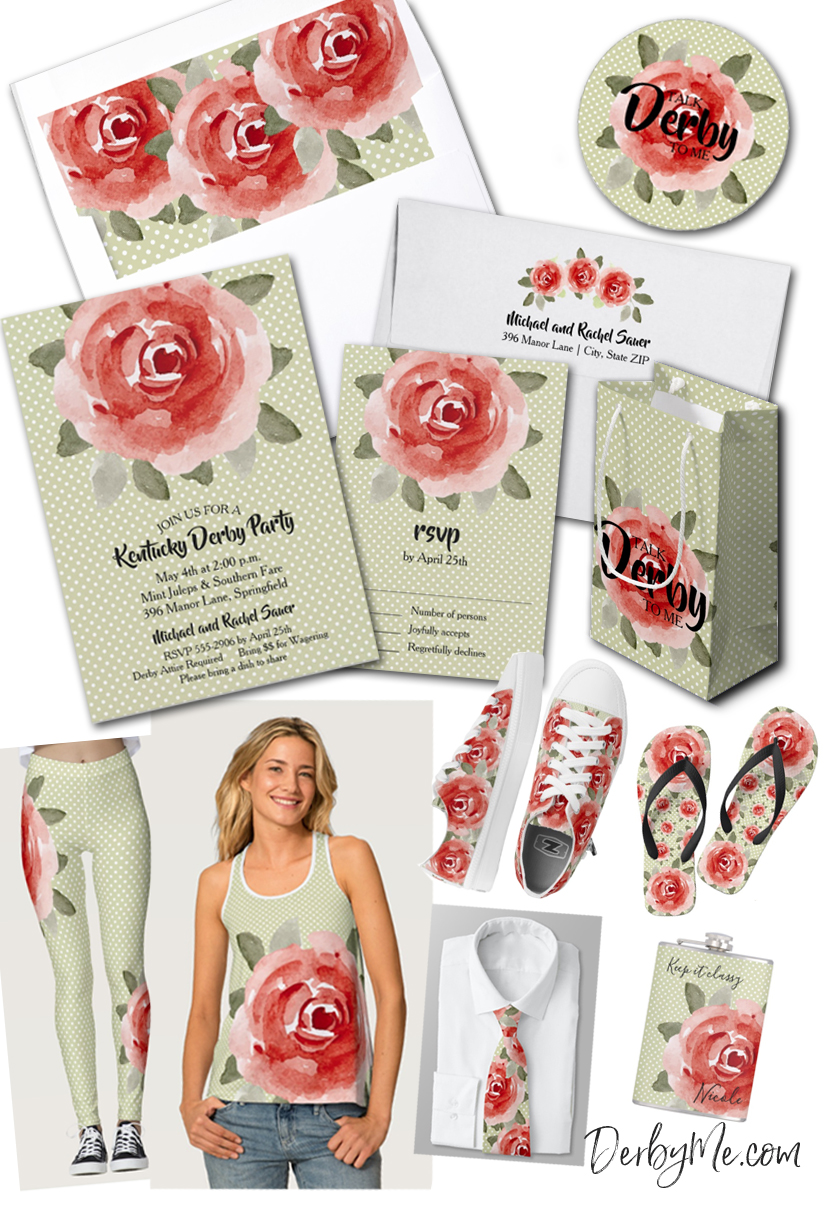 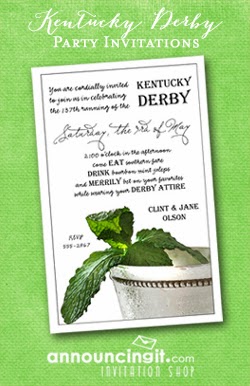